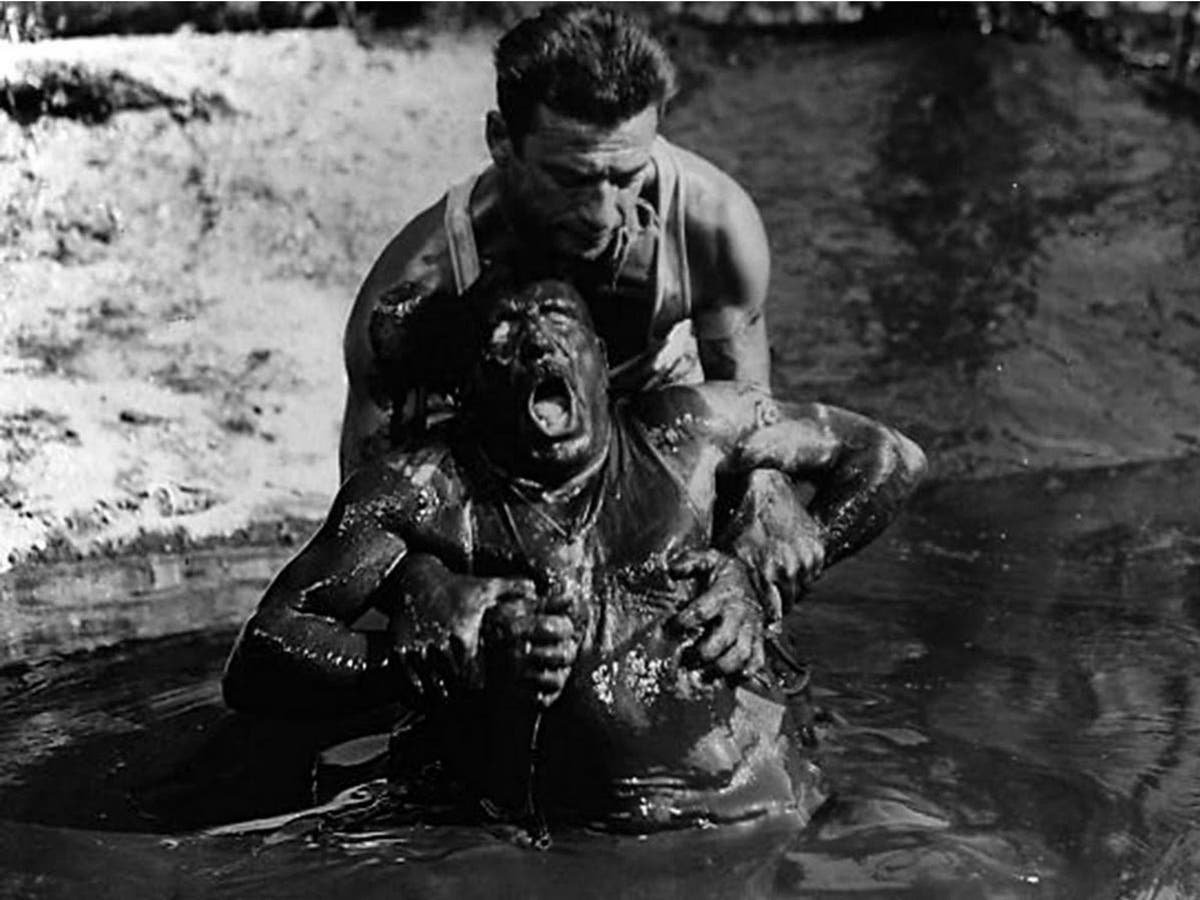 In a very poor neighborhood in South America, four men agree to drive two trucks loaded with highly dangerous nitroglycerin in return for hefty payments. As long as the trucks with the explosive and sensitive to vibrations cargo overstep the obstacles (something rather unlikely) and reach their destination.

Clouzot ("Diabolique") converts the tense course of the four men into a riveting adventure and a sensational allegory of the human state. And he does it in the most vivid manner: The sweat that wets the tired and nervous bodies, the dust and dirt that become one with the clothes, the road laid out ahead, endless and full of traps, the frigid doubt about when exactly will death find those desperate travelers becomes a lurking shadow throughout every turn in this panting film route, in full speed. Golden Palm in Cannes Film Festival, blockbuster and a great artistic success world-wide. Loukas Katsikas

Screening in collaboration with the French Institute of Greece.