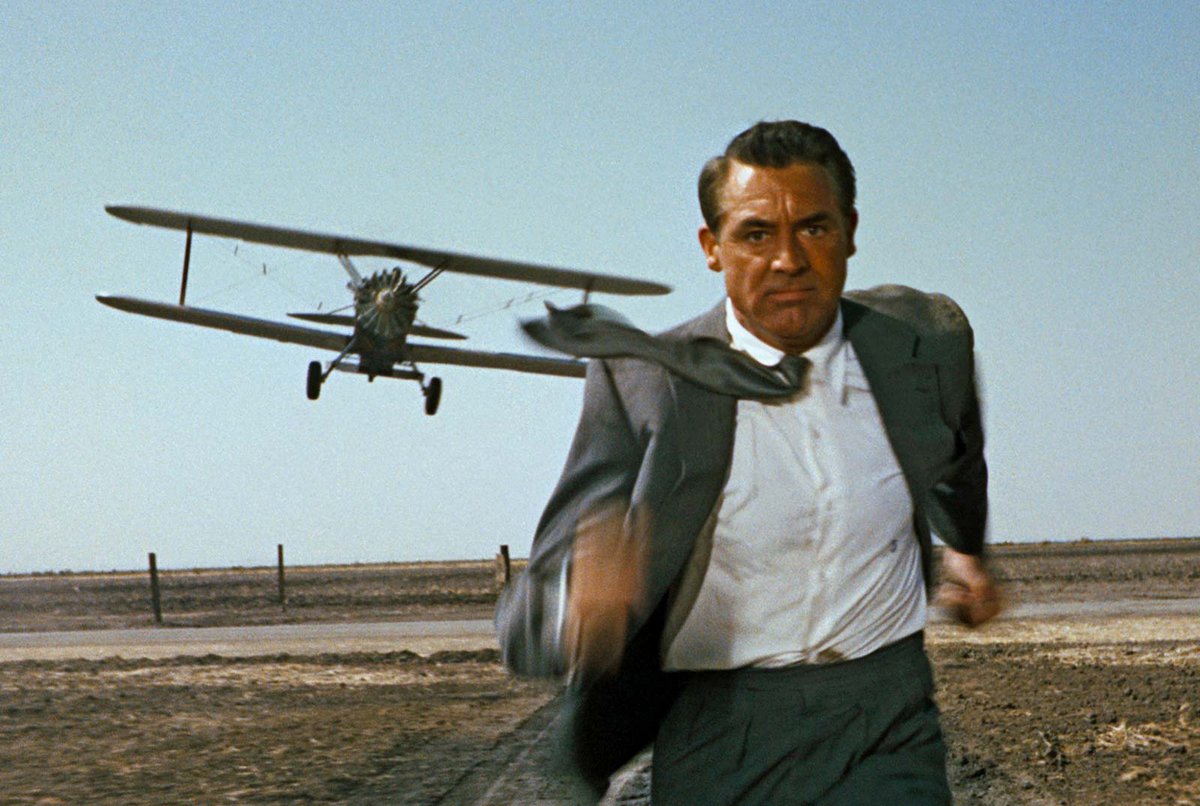 A year after the psychoanalytic whirlpool of the masterful "Vertigo", Alfred Hitchcock returns to his favorite genre of espionage adventure with the contribution of the legendary screenwriter Ernest Lehman ("West Side Story", "Who's Afraid of Virginia Woolf?") and presents an ageless entertaining and demonically playful film which summarizes not only the usual obsessions, but also the director's naughty mood for action, humor and spectacle.

The full of twists plot about a man who is pursued across the whole country from a team of other spies who mistakenly take him for a governmental agent, an ingenious script which makes sure to constantly undermine the audience's expectations, the History (the giant busts of American Presidents in the Mount Rushmore) which observes ironically the history of the film, the indulging starring couple of Cary Grant and Eve Marie Saint, enviable supporting actors such as James Mason or Martin Landau and numerous anthology scenes are superb details of one of the most classic works ever signed by the maitre of suspense. Panos Gkenas

IMPORTANT INSTRUCTIONS for the screening

- Entrance in the screening area will be realized only with ADMISSION PASSES by name which the viewers can obtain via online reservation, two days before the screening (reservations will open at noon) on www.aoaff.gr.

- Only ONE admission pass is allowed to vehicle owners.

The necessary social distance between viewers will be strictly kept.